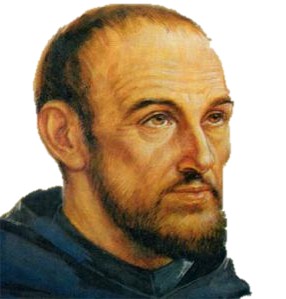 Nicolas Barré was born in Amiens, France on 21 October 1621, the ﬁrst-born and only son to Louis and Antoinette Barré. He grew up in a wealthy merchant family and was educated at a Jesuit college in his hometown. As a young child, he had a deep sense of God. When one of his sisters fell ill, his strong faith in God and prayers led to her recovery.

At the age of 19, he loved God so much that he joined the religious order of the Minims founded by St Francis of Paola. In 1642, Nicolas was ordained a priest. In 1659, when he was in Rouen, France, he saw how the poorer families lived. Many of the children, especially the girls, were illiterate and had no knowledge of God. Seeing the disparity in opportunities for education between the rich and the poor, he was inspired to establish little schools to educate girls of poor families.

In 1662, Father Nicolas Barré, with the help of some young women, set up a school for girls in the village near Rouen. Over the next four years, several more schools were established in and around Rouen. These ‘Little Charitable Schools’ proved very successful and popular.

In 1666, Father Nicolas Barré invited the women to form a community to continue this educative work. In those days, educating the poor, especially girls, was frowned upon by society. The women, in a spirit of total trust in God’s guidance, said a wholehearted ‘yes’ to this invitation. Thus, he began a new religious congregation: the Charitable Mistresses of the Schools of the Holy Infant Jesus.

Father Nicolas Barré continued similar work in Paris with great success. Believing that each child has potential and is unique, the children were taught with care and respect by the teachers who became well-known for their expertise and gentle approach. More CHIJ schools multiplied and spread across the world including Japan, Thailand, Malaysia and Singapore.

Father Nicolas Barré suffered ill health in his later years and died at the age of 65 on 31 May 1686 in France. On 7 March 1999, Father Nicolas Barré was beatiﬁed by Pope John Paul II. Blessed Nicolas Barré’s heart for the education of the poor, especially girls, continue to be an inspiration to many generations of CHIJ girls across cultures, background, race and religions. Through receiving an education in CHIJ schools, all IJ girls are called to act justly with courage and compassion in their lives with a priority to helping the disadvantaged in society.

In commemoration of this great man and what he has done, CHIJ Schools in Singapore celebrate Founder’s Day on 31 May each year.

Mother Mathilde was born Marie Justine   Raclot in France in 1814, the ﬁrst born and only daughter of a family of farmers who were deeply religious. In her childhood, Justine learned much from her father who was kind to the poor especially those stranded without shelter in the severe cold of winter. She was shy and loved the beauty of the garden and the surrounding countryside. One of her childhood joys was to dress up her dolls as little nuns and she would visualise them going away on missionary journeys. At an early age, Justine was already a prayerful child. At age 6, she went to a Primary school and at the age of 12, her father recognising her need for a secondary education, sent her to a boarding school run by the IJ Sisters, who were then known as Dames of St Maur, in France.

Responding to God’s call : “Walk in the presence of God and be perfect.”

At age 19, Justine entered the Congregation of the Sisters of the Holy Infant Jesus, in Paris and given the name St Mathilde. After her ﬁrst profession, Mother Mathilde was sent to southern France to teach in various IJ schools for 17 years. There, she acquired a reputation for being ﬁrm yet kind, with qualities of courage, integrity and sincerity.

Spread of Mother Mathilde’s work : “Leave everything and come.”

At age 38, Mother Mathilde received a letter from her superior in Paris with this message: “Leave everything and come.” Two days later, in September 1852, four IJ Sisters with Mother Mathilde in charge, set sail to Penang, Malaysia on a ship called the Bentinck. They went to Penang to guide and support the small group of IJ Sisters who had arrived earlier in Penang to set up a Convent school for girls. A year and a half later, on 5 February 1854, Mother Mathilde and three IJ Sisters arrived in Singapore. Just ten days after their arrival and move into Caldwell House in Victoria Street, Mother Mathilde and the Sisters began to take in students.

During those early years, Mother Mathilde faced many difﬁculties as there was little support from the small Catholic community. However, with her strong faith in God, together with a sense of purpose and mission, Mother Mathilde and the Sisters persevered with great determination and went about doing the work of caring for abandoned children, educating young girls, helping the poor and nursing the sick. They served all those in need and offered young girls hope for the future. Mother Mathilde and the Sisters started a Convent Orphanage, a Home for Abandoned Babies and laid the foundation for a school for girls, known as the Convent of the Holy Infant Jesus in Victoria Street. She and the Sisters developed a reputation for charity and graciousness and the city of Singapore began to hold the Sisters in high esteem.

Celebration of Mother Mathilde’s Legacy : “Go, good and faithful servant. You have deserved well of the Lord.”

At age 58, Mother Mathilde set out once again on her next mission to Japan. With the same spirit and faith in God, she toiled tirelessly to build the foundations of IJ schools in Yokohama, Tokyo and Shizuoka. Mother Mathilde died at the age of 97 and lies buried at Yokohama. She is deeply honoured by the IJ schools she helped to establish in Japan and at her funeral in Yokohama was paid this compliment by a Protestant Minister in the crowd who called out, “Go, good and faithful servant. You have deserved well of the Lord.” Mother Mathilde was recognised by the government of Singapore in the Women’s Hall of Fame in 2014 for her contributions to education in Singapore. Today, the eleven Convent of the Holy Infant Jesus (CHIJ) schools in Singapore stand as a testament to Mother Mathilde’s work.

The Spread of the IJ Mission

The CHIJ story started in 1662 when Blessed Nicolas Barre established the first Infant Jesus (IJ) school in Rouen, France. The IJ mission spread throughout the world in Asia, Europe, the Americas and Africa. 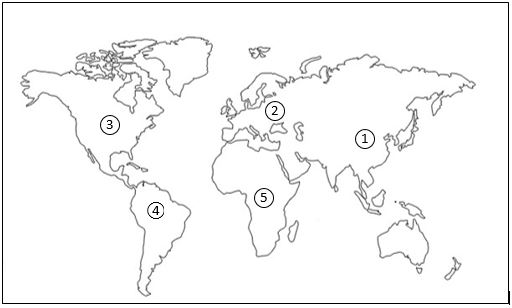 The IJ mission in Asia and Europe

Mgr. Bouchot, the Apostolic Vicar to Malaya asked for IJ sisters to set up Christian girls’ schools. Five brave sisters agreed and started on the very long journey from France to Asia ① on 6 December 1851. The sisters arrived in Penang and established a school on 12 April 1852. Over the next 100  years, the IJ sisters started other missions and schools in other parts of Asia. This includes Town Convent (1874) and other IJ schools in Singapore, an international school and an orphanage in Yokohama, Japan (1872) and a kindergarten in Manchuria, China (1936).

Besides Asia, schools were also set up by the sisters to educate children in Europe ②, firstly in Spain, and then in England, Belgium and Italy. In 1909, the sisters set up a boarding school in Drishane, Ireland as well as a sawmill and factories to provide jobs for the community. The mission in Ireland flourished and provided 179 sisters for the CHIJ missions overseas.

The IJ mission in United States, South America and Africa

In 1950, the IJ mission spread to California, United States ③  and three schools were set up to teach local girls. The IJ sisters also reached out to the sick and helped children with special needs. In 1967, the IJ sisters opened a hostel for university students in Cusco, Peru before arriving in Bolivia in 1992 ④.

In the 1960s, upon the request of the local communities, the IJ sisters arrived in Africa ⑤, first in Cameroon and later in Nigeria in 1983. There as in elsewhere in the world, the sisters set up missions to see to the education and formation of young women.

In recent decades, the IJ Sisters have reached out to the Philippines, Northern Thailand, Myanmar, East Timor and Cambodia.

Thank you, God, for the IJ sisters who remain steadfast and faithful in their mission of making Christ known and loved and who continue to respond whenever and wherever God calls.

The Convent of Our Lady of Good Counsel, as the school was originally called, was established in the 1960 in a single building block with its main school gate at Cooling Close, Serangoon Gardens. At that time the school was built to cater to the schooling needs of the daughters of families living in Serangoon Gardens as well as in the rural areas of Yio Chu Kang and Seletar Hills. It was built adjoining the Convent residence where the community of Catholic nuns lived. The ﬁrst few Principals of the school were Catholic Sisters (nuns) and they lived in this residence in the school.

Soon, because of an overwhelming enrolment, an extension was added and this was completed in 1964. The school became a full school in 1967 when the primary classes graduated into secondary ones.

In mid 1980, the school was renovated and extended again and the main school gate was relocated to Burghley Drive. This extension was completed in 1988.

In 1992, the name CHIJ was preﬁxed to all the IJ schools in Singapore to show a common identity. The name of the school thus became CHIJ Our Lady of Good Counsel.

In June 2004, CHIJ Our Lady of Good Counsel was relocated to a holding school at 10 Ang Mo Kio St 54 to facilitate the rebuilding of the new school. Construction was completed in 2006, and the school returned to its current premise at 2C Burghley Drive. The school held its ofﬁcial opening in 2008 and celebrated its 50th Anniversary in 2010.

Under the PERI Recommendations, the school was provided with a new wing “Father Barré Block” consisting of a Student Care Centre, Special Rooms & Classrooms. The new facilities began its function in 2018.

CHIJ Our Lady of Good Counsel is one of the eleven IJ Schools in Singapore.